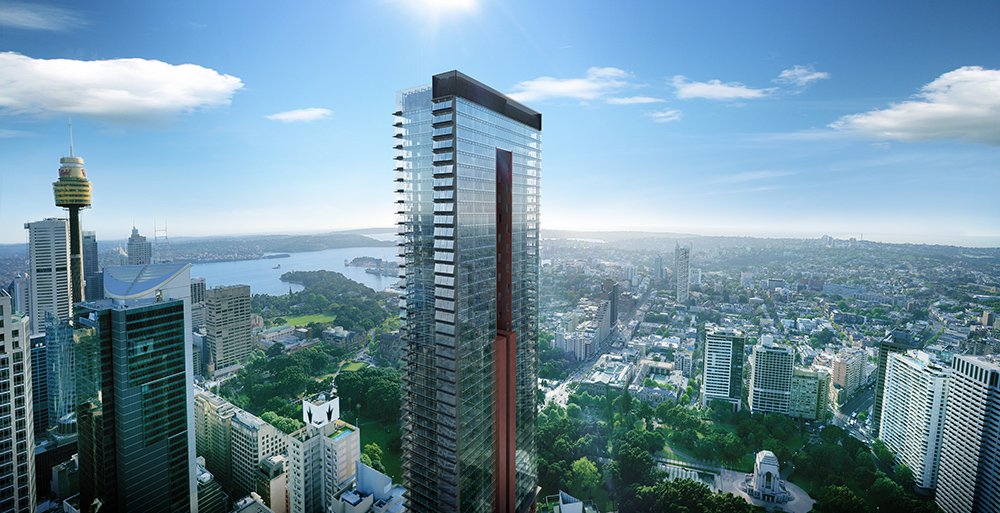 The landmark Greenland Centre Tower in Sydney’s CBD boasts an impressive 235-meter skyline and will be the tallest building in Sydney. As an addition to the old Water Board building dating from the 1930s, which became a heritage site in 2000, the tower will be the first in the city to graft a completely new building on top of an existing structure.

This original structure was stripped and gutted to make way for the refurbishments, and additional floors are being added on top, all while combating the constant spatial challenges that arise when working on a project in the CBD.

After less than a year of working in the dry fire engineering discipline, Sparks+Partners have been brought onto the impressive Greenland Centre Tower project, a building sure to become an icon of Sydney’s architecture. Dry fire design for a building like this is paramount to the safety of thousands of residents and will propel Sparks+Partners into a highly coveted position in the industry.

Not only is the Greenland Centre Tower going to be the highest building in Sydney, it is also part of the city’s important efforts and push to preserve heritage buildings – in this case an example of the Art Deco Style, in which the finishes both internal and external are exceptional.

Sparks+Partners were brought on by Precision Fire Protection Services, who are renown for their work in high-rise apartments, and we are thankful to be part of their design team.

Sparks+Partners Handy Hint: When taking photos of high-rise buildings, you can use panorama mode on your mobile. Tilt it 90 degrees and pan from bottom to top instead of left to right… Go ahead and try it!